One of the fastest growing combat sports in the world, Brazilian Jiu Jitsu (also known as BJJ) is a martial art with focus on ground fighting and submission. And we offer kids classes that are tailored just for them!

Brazilian Jiu-Jitsu (BJJ) is a grappling-based system whose central theme is the skill of controlling a resisting opponent in ways that force him to submit.  Much of the technique of Brazilian Jiu-Jitsu (BJJ) is centered round the skill of taking an opponent down to the ground and wrestling for dominant control positions from where the opponent can be rendered harmless.  This makes BJJ much safer to practice than traditional martial arts while still being very effective for self defense. 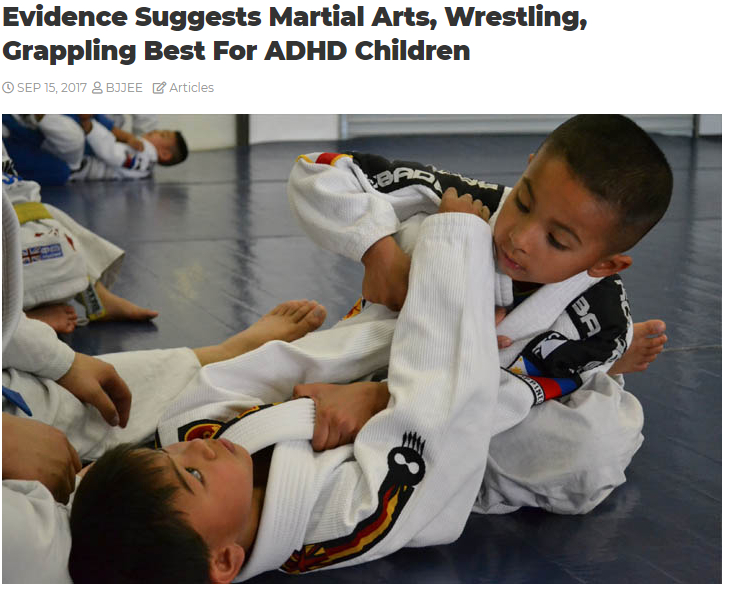 Click here or on the photo above to read the entire article.

Learn to use superior leverage, grip and position to control and overcome greater size, strength and aggression with lesser size and strength.

Students benefit from greatly increased physical fitness, problem-solving ability, concentration skills, self-knowledge of their body and mind and the many social benefits of working within a large group of like-minded fellow students as they learn and have fun together.